For those of you, like myself that didn't catch it in the local news, the Ritz Ballroom in Kings Heath burnt down a short while back (27/3/12.) It was more recently a branch of the national pawn brokers 'Cash Converters,' I purchased my first guitar from them when they occupied the new market building just over the road. So many people from this branch will now out of work. No one was hurt when the fire broke out at about 5am but police are treating the fire as suspicious.

Smoke damage has also caused problems for other shops in the area. The building is located next to the now famous 'Hare & Hounds,' the Victorian public house, venue to many great Soul/Jazz acts over the last few years. The Ritz itself has had a few big bands itself such as the Rolling Stones & the Beatles in the 1960's. (nold)

Sad news with the death of Don Blackman on Friday (12-4-13). The American pianist, singer, songwriter, producer, was 59.  Don passed away after a long fight against cancer. At the beginning of the 1970's, Don played with the likes of Parliament, Funkadelic, Earth, Wind and Fire, and Roy Ayers. He later became a member of Lenny White's group Twennynine. Don penned the tracks 'Peanut Butter' and 'Morning Sunrise' for the group. He released his self-titled debut solo album in 1982 on the Arista Records imprint 'Don Blackman' contained the songs 'Holding You, Loving You', 'Heart's Desire' and 'Since You've Been Away So Long. The album later became a rare groove release in the later eighties, with 'Holding You, Loving You', later being sampled on the hip hop track 'Too Complex' by L. The Head Toucha. Don wrote many tracks as a session musician for the likes of Kurtis Blow, Bernard Wright, Sting, Roy Ayers, Jay-Z, Janet Jackson and Tupac Shakur. Mr Merry will feature three of his songs/productions in today's show! (soulwalking)

News just in, Saturday 13th, of the death of Vince Montana musician and writer for Philadephia International Records has now been reported, he was 83. A mainstay for the PIR labels/Artic 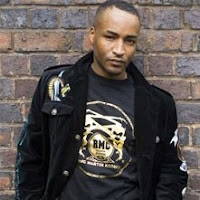 Dylan Duffus, son of Bill Duffus (PCRL poet) was featured in a two hour Channel Four TV documentary 'One Mile Away' about gangs in the Handsworth area of Birmingham. Dylan had took on a lead role in the controversial film about life in Handsworth's B6/B21 area's, '1 Day'  that the Guardian newspaper had called Brittan's first Hip-Hop musical in 2009. His father had written the poem 'Wake Up Black Man' that was in the form of an open letter to the Handsworth Community and had been used by Birmingham black radio station, PCRL as a jingle or station ID. (nold)

Hour One
Magic Lady - Misty Eyed
Cheryl Lynn - If This World Were Mine
George Howard - No, No [welcome bed] 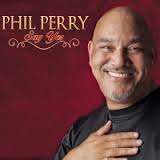 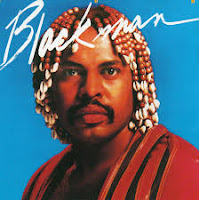