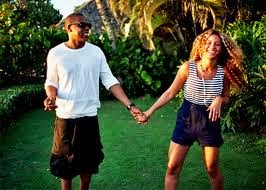 In the news this week...Beyonce and Jay Z continue their run as entertainment's top earning couple. They beat out Brad Pitt & Angelina Jolie, Tom Brady & Gisele Bundchen, and more for the top spot on Forbes' Highest-Earning Celebrity Couples List with an estimated $95 million in earnings between June 2012 and June 2013. After taking a short break following the birth of her daughter Blue Ivy, Beyonce came back with a vengeance, securing several lucrative endorsement deals (H&M, Pepsi) as well as launching her "Mrs. Carter World Tour", which grossed an average $2 million per night. Husband Jay-Z's stake in the Brooklyn Nets (which he sold recently), his 'Watch The Throne' collaborative album with Kanye West, a world tour that brought in $1.4 million per night in America, and his other Roc Nation ventures also added plenty to the pot. Bey & Jay's latest deals sees them being a billionaire couple. Check out the full list below and read more on Forbes. (singersroom) 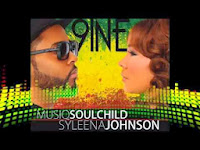 Two of America's top soul singers have just come together for what, on the surface at any rate, is an unusual project. Philadelphia's neo-soulster Musiq Soulchild has joined forces with Chicago's Syleena Johnson for a reggae album. Entitled '9INE' (yes there are 9 new songs on it), the album, we're told, was a spontaneous affair. The project was the brain child of top reggae producer Kemar McGregor whose vision has always been to get established non-Jamaican singers to work in the reggae genre. While working on what was to be a various artists set, he recorded a duet between Soulchild and Syleena and the chemistry was such that the trio decided to record a whole album. The nine new songs were a collaborative affair and the whole thing was recorded in just nine days. The set's big tune is the lead single – 'Feel The Fire'. It's a big blend of pop and soul with just a garnish of reggae and Syleena's in fine soulful form – as befits the daughter of soul legend Syl Johnson. The tune comes in a dance hall style remix at the end (so there are actually ten songs on the set). 'Pieces Of You' is another cut that comes recommended... a light, pleasing jaunt in the lovers rock style... two great voices combining in soul.(soulandjazzandfunk.com)