People love dressing there pets up these days and Christmas is no exception. This is Digger, he's a Jack Russell and as you can see is very photogenic, his owner Dave, loves to send him to friends at Christmas and I'm passing him on in the same way for the readers.

Dave tells me that if he takes him a walk and it's raining, he refuses to go out the door and insists on going to the back door to make sure it's not raining there too! If you have a nice picture of your pet in a Christmas theme, please forward it to us and we will show the best ones here next week.

Jollies card shop to close! It’s the Afro-Caribbean card shop that has become an institution among Birmingham’s black community. But now Handsworth is bidding a fond farewell to Jolly’s Greetings Shop after 22 years. Owners husband-and-wife Flo and Jolly Bailey will retire and pull down the shutters on their Soho Road store for the last time on New Year’s Eve. Selling everything from birthday cards, to artwork and sculpture reflecting black culture, Jolly’s first appeared in Nechells in 1988 before moving to Soho Road in 1991. Since then, Jolly’s has featured in the BBC’s Olympics coverage when it was visited by Midland gold medallist Denise Lewis. The former athlete, who visited the shop as a child, interviewed the owners on the day of Jamaica’s 50th independence anniversary. “Denise was doing a piece on herself and she bought the BBC here to look at the shop and the community in which she grew up. We had no idea, so it was a great surprise,” said Jolly, 71. (B,ham mail)

Hout Two
Three-Inna-Row with Betty Wright
I Miss Ya / No Pain, No Gain 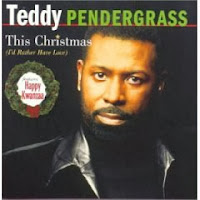 Thank You For The Many Things You Do 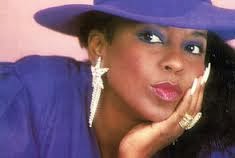 Born 21 December 1953, Miami, Florida, USA. A former member of her family gospel group, the Echoes Of Joy, Wright's first recordings were as a backing singer. She later embarked on a solo career and scored a minor hit with "Girls Can't Do What The Guys Do" in 1968. "Clean Up Woman" (1972), a US R&B number 2/pop number 6 hit, established a punchier, less passive style which later releases, "Baby Sitter" (1972) and "Let Me Be Your Lovemaker" (1973), consolidated. Although "Shoorah Shoorah" and "Where Is The Love?" reached the UK Top 30 in 1975, the singer was unable to sustain a wider success. Wright nonetheless continued recording into the 90s and also forged a career as a US television talk show hostess.