Beyonce & John Legend demand end to Gun Crime
In the wake of last weeks unimaginable tragedy at Sandy Hook Elementary in Newtown, Connecticut, many of Hollywood’s biggest stars united to convey and speak up for the cause to end all the horrific gun related killings.

Beyonce and John Legend joined many famous faces such as Jamie Foxx, Chris Rock, Jennifer Aniston, Gwyneth Paltrow, Steve Carell and Ellen Degeneres in the black-and-white clip, to help spread a powerful and personal message for the ‘Demand a Plan’ campaign against gun violence.

“Demand a plan…for the children of Sandy Hook,” says Bey. Watch the powerful clip and join the cause here.

The emerging group LakeShore, who was founded by Grammy-nominated songstress and ‘R&B Divas’ reality star Syleena Johnson, has released a video for their rendition of the Christmas classic, “Noel.” Group members, Malone, Sandy Redd, and Tommie B. are currently in the studio recording, as well as on the road preparing fans on what is to come in 2013. Watch video. (credit: thisisr&b.com)


Extra tragic this week with the death of soul singer Marva Whitney she was 68. (b. Marva Ann Manning, Kansas, Missouri, U.S.A./d. 22nd December 2012, Kansas, Missouri, U.S.A.) Probably best known as one of the series of fine singers enlisted to the ranks of James Brown’s performing entourage, she was also best remembered for her solo funk anthem ‘It's My Thing (You Can't Tell Me Who to Sock It To)’. Some of her songs, including ‘Unwind Yourself’ have been sampled by many deejays and rappers. The track was featured on the DJ Mark the 45 King, 1987 track ‘The 900 Number'. It was also sampled by DJ Chad Jackson, DJ Kool, Sway and Mac Miller. (credit: soultracking)

A 'Mr. Merry' Christmas to all my listeners,  now please enjoy this weeks music.... 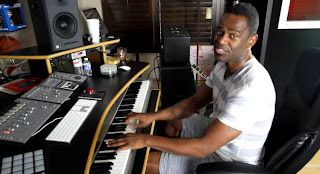 Born 5 June 1969, Buffalo, New York, USA. The younger brother of Claude V. McKnight of a cappella gospel outfit Take 6, R&B singer Brian McKnight began his musical career in and around Buffalo, performing self-written material with his own band. Attracting the attention of Mercury Records, he recorded a self-titled debut set which reached the Top 20 of the US R&B album chart, although its sales returns were modest. "Love Is", a duet with Vanessa Williams taken from the television series Beverly Hills, 90210, crossed over to the pop charts, reaching number 3 in May 1993. Another single, "One Last Cry", climbed to number 13 later in the year. His second effort, I Remember You, sold more than half a million copies and included five Top 20 R&B singles. With his reputation and image established, Mercury decided to pull out all the stops for his third album, the immaculately produced Anytime.

Involved in its creation were star names such as Sean "Puffy" Combs (production), Ma$e (rapping) and Mary J. Blige and Diane Warren (songwriting). The first single to be taken from the album, the US number 17 hit "You Should Be Mine (Don't Waste Your Time)", featured Ma$e, in an attempt to convert sections of the hip-hop audience to McKnight's work and expand his growing fanbase. However, the single was hardly representative of the mature R&B and romantic balladry that comprised much of the album's contents, which is where McKnight's true talent lies. Anytime was rewarded with a US Top 20 chart placing. McKnight switched to Motown Records for the Christmas album, Bethlehem. The highly successful Back At One followed. The title track spent several weeks at number 2 on the US Hot 100 chart.