Welcome back...... In the news this week: Toni Braxton talks bankruptcy  Playboy & Heath. If you caught Toni Braxton’s feature on Vh1′s ‘Behind the Music’ you are well familiar with her rocky past. While building her career back to prominence the R&B diva was featured on ABC News’ 20/20 Friday night, for an interview about her career and personal life.

Toni shared more details about her addiction to fine house-wares, feelings about doing Playboy, her health, and on a positive note, European touring gigs and new music.

Bilal has been quietly working on new music, as usual, and today the soulful crooner reveals, “Too High.” A buzz single off his forthcoming mixtape, “The Retrospection,” which drops December 5th. ‘The Retrospection’ serves as the precursor for Bilal’s upcoming third album A Love Surreal, which is set for release February 12.

Bobby V conducted another interview for the web, well they just put it up this week, but the boy went a lil crazy. Showing his comedic personality like never before. Maybe too much coffee in the am? Whatever the case he explains why his album is titled “Dusk Till Dawn,” how he chose to do a duet titled “Put It In” with K. Michelle, has he ever done it in a hourly motel and most importantly why he loves his mothers spaghetti. (r&bnews.com)

Finally sad news, guitarist Mickey Baker died this week, he played on sessions with The Drifters, Ray Charles, Ivory Joe Hunter, Ruth Brown, Big Joe Turner, Louis Jordan, and Coleman Hawkins. He then teamed up with Sylvia Robinson (later 'Pillow Talk' and Sugarhill Records in the 70's) He was 87.

Enough news onto this weeks show.....njoy! 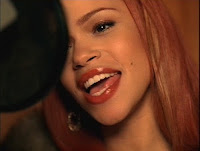 She broke through as a solo artist in the mid-90s with the release of her winning debut single, "You Used To Love Me". Mixing slightly lisped rap sections with soulful singing of her predominantly romantic concerns, her self-titled debut album followed expertly in the tradition of Blige, with a wide cast of producers and collaborators.

Without ever demonstrating the originality to separate her from a host of "new jill swing' peers, Faith was sufficiently contemporaneous and lavishly executed to arouse interest throughout the R&B community. It peaked at number 2 on the Billboard R&B album chart, and number 22 on the Top 200. Following Notorious B.I.G."s murder in March 1997, Evans appeared on the international number 1 tribute single "I'll Be Missing You" by Sean "Puffy" Combs.

Her own minor hit "Love Like This" (US number 7/UK number 24) was built around a sample from Chic's "Chic Cheer", and premiered the US Top 10 album Keep The Faith.
Posted by Mickey Nold at 10:26