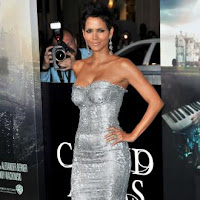 In the news this week .....Halle Berry is being honoured at the BET HONOURS 2013 tonight (12.01.13). The 'Cloud Atlas' star is just one of high profile stars that will be celebrated at the prestigious event in Washington, DC, where Alicia Keys is performing along with a host of other R&B and soul stars.
The 'Girl On Fire' singer is appearing alongside Erykah Badu, Wayne Brady, Brandy, Mint, Jimmy Jam, Ledisi, the SOS Band and Terry Lewis at the event in the Warner Theater in Washington, D.C.
Halle's prestigious honour comes after a difficult few months for the Oscar winning actress.
Her fiance Olivier Martinez was involved in a physical fight with the father of her daughter Nahla, four, Gabriel Aubry in November. The 46-year-old recently resolved her custody battle with the 36-year-old Canadian model and spent Christmas in Paris with her French actor boyfriend. This year's honorees also include music executive and entrepreneur Clarence Avant known to many as the 'Godfather of Black Music', spiritual educator T.D. Jakes, ten-time GRAMMY award winner and international music icon Chaka Khan who will be celebrating 40 years in music and entertainment and four-time Olympic gold medalist Lisa Leslie.
Hosted by actress Gabrielle Union, this year's star-studded show will recorded tonight but will be broadcast on February 11, during Black History Month. 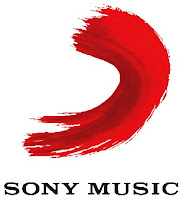 Two men who hacked Sony Entertainment's servers and downloaded thousands of songs, including some unreleased material from Michael Jackson, have escape jail today (Jan 12) after a court hearing in the Leicester, UK. The two men, James McCormick, 26, and James Marks, 27, met online before eventually collaborating together to break into Sony's vast musical database and helping themselves to the spoils, which also included Elvis Presley and Beyoncé as well as MJ. They were arrested in May 2011, after Sony identified the security breach, but not before helping themselves to over 7000 songs, as well as artwork and videos. The Serious Organised Crime Agency (SOCA) said that the two had also conspired to sell the files on after they had been stolen, after chat-logs recovered from the pair's computers offered some rather incriminating evidence for the prosecutors to consider. (contactnews.com)

On to this weeks show...

Hour One
Isley-Jasper-Isley - For The Love Of You
Shirley Jones - Do You get Enough Love
Gerald Albright - Tyring 2 Find Away (welcome bed)
Harold Melvin & The Bluenotes -You Know How To Make Me feel
Kenny G - Hi, How You Doing
Millie Jackson - Wanna Be Your Lover
CeCe Rogers - I Think (I Love You)
Lou Reed - Walk On The Wild Side
Lisa Stansfield - When Are You Coming Back?
Soul II Soul - Missing You
R-Kelly - Single Ladies (Remix)

Hour Two
'Three-Ina-Row' = Karyn White
1 - Love Saw 2 - Sista Sista 3 - Slow Down
Miles Jay - Start Over Again
The Vibrations - Shake It Up
Sylvia St. James - If You Let Me Love You
Archie Bell & The Drells - Don't let Love Get You Down
Lattimore - Sweet Vibrations
Jean Carne - My Love Don't Come Easy
The Jacksons - Give It Up
Randy Brown - We Oughta Be Doing It
Joanna Gardner - Pick Up The Pieces 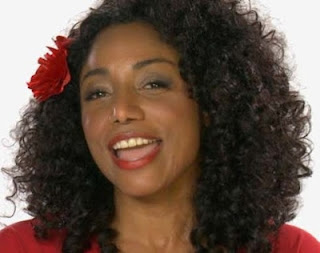 White was born in Los Angeles to Vivian and Clarence White. She is the youngest of five children. She sang in a church choir and worked as a backing singer, then sang on Jeff Lorber's single "Facts of Love" before signing to Warner Bros. Records.

White married Terry Lewis in 1992 and together they had a daughter, Ashley Nicole and adopted son Brandon. Lewis brought to the marriage children Trey and Chloe. They eventually divorced in 1999, and she later married producer/musician Bobby G[citation needed].
Music career

White's self-titled debut album Karyn White was released in 1988. It was produced by L.A. Reid and Babyface and achieved platinum status. Karyn White contained the hit singles "The Way You Love Me", "Secret Rendezvous" (#6 in the U.S., her biggest hit at the time), "Superwoman" and "Love Saw It" a duet with Babyface. White was nominated in the Best R&B/Urban Contemporary New Artist category for the 1989 Soul Train Music Awards.She was also nominated for two Grammy Awards.

She became the first female artist to have their first three solo releases hit #1 on the R&B charts. White left Warner Bros. Records in 1999, and dropped out of the music public eye for many years to start a family. White resides in Rocklin, California, a suburb of Sacramento, and runs a successful interior design and real estate business. In 2006 she recorded a new album, titled Sista Sista; which was slated for release in 2006, but was shelved. Two tracks, "All I Do" and "Disconnected", were later released on the best of compilation album, Superwoman: The Best of Karyn White. She was also slated to appear on the Soul Train Music Awards in 2009 as a tribute to Babyface Edmonds. However, this performance was canceled when Edmonds and Reid withdrew from the Soul Train ceremony, declining the honor. Currently, White plans to release her first album after a seventeen-year break, Carpe Diem, in 2012. (extract from Wiki)

In The Foyer Lounge

Free admittance for all! 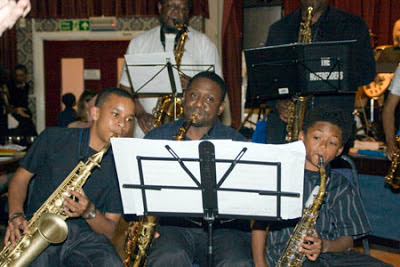 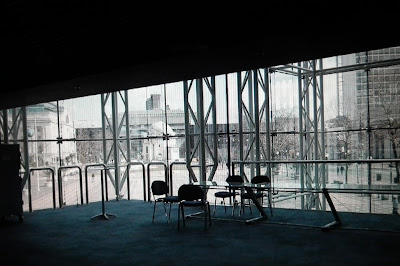 Come One Come All
Posted by Mickey Nold at 07:51