In the news this week .... Justin Timberlake's official "Suit & Tie" video is here! The "SexyBack" singer's musical hiatus is over and he's getting a little help from directer David Fincher. The classic black and white clip features JT and pal Jay-Z hanging around the studio, and performing in front of a dapper audience.Timberlake met the Oscar-nominated Fincher while filming "The Social Network" in 2010. The singer played Napster creator and extravagant Facebook co-founder Sean Parker to great acclaim.Since the film, JT has starred in several blockbusters, and hosted "SNL" numerous times. Fans have been worried that the singer had left music behind, making acting a full-time career. Thankfully, Justin delivered this past January by announcing his collaboration with Timbaland and Jay-Z on The 20/20 Experience, his first full length album in seven years. Check out the brand new "Suit & Tie" video below. The album comes out on the 18th February. 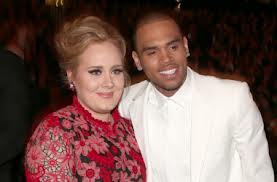 Adele has cleared up rumors of a Grammy Awards fight between herself and Chris Brown. The 'Skyfall' singer said on her Twitter account that the two were actually exchanging compliments during the February 10 event. Adele and Chris Brown at the Grammys Although Adele looked to be shouting at Brown in a photograph taken at the ceremony, she wrote: "Chris Brown and I were complimenting each other in that photo actually!" The singer's explanation comes after speculation of a fight between the two artists based on the photograph. Adele glances at Chris Brown when he fails to stand for Frank Ocean at the Grammy. (RNBNews) 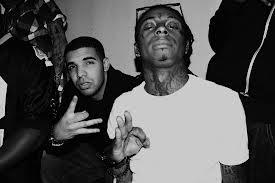 Future And Lil Wayne Remix Pulled Over Emmett Till Reference. Record label bosses have issued a public apology following the accidental leak of a Future and Lil Wayne track containing a controversial reference to assassinated African-American teen Emmett Till. The unauthorised remix of Karate Chop, by hip-hop star Future, features a verse by Lil Wayne in which he raps about 14-year-old Till, who was beaten and shot to death in Mississippi in 1955 for allegedly flirting with a white woman.

On Wednesday (Feb13), Epic Records executives apologised and vowed to remove the song from the Internet. A statement from Epic reads, "We regret the unauthorised remix version of Future's Karate Chop, which was leaked online and contained hurtful lyrics. Out of respect for the legacy of Emmett Till and his family... we are going through great efforts to take down the unauthorised version." According to a message posted on the Mamie Till Mobley Memorial Foundation's Facebook.com page, Epic CEO Antonio 'L.A.' Reid also personally reached out to the family to extend his apologies. The post from the charity, named after Emmett's mum, reads, "Mr. Reid stated the song was leaked out and he had not heard the lyrics. He is a man of integrity that values our family's legacy and wouldn't allow such heinous usage of Emmett Till's name or dishonor his memory." (contactmusic.com) On to this weeks tunes....

Hour One
Keni Stevens - You 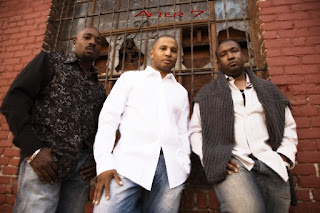 After 7 is an R&B group founded in 1987 by brothers Melvin and Kevon Edmonds, and Keith Mitchell. The Edmonds brothers are the siblings of popular pop and R&B singer-songwriter-producer Kenneth "Babyface" Edmonds" (Melvin is older, and Kevon - born Kevin - is younger). Mitchell was long thought to be the cousin of Babyface's then-partner, songwriter-producer Antonio "L.A." Reid, however, this was actually set up as a marketing tool for the group and was actually incorrect.

The group members went their separate ways after leaving Virgin Records due to creative differences and silently broke up. Despite this, in 1997, the Edmonds brothers released a cover of Hall & Oates' "Sara Smile" as a single (and sole new track) from the career retrospective The Very Best of After 7 before completely stopping releases under the group's name.

Following the group's split, Kevon released a solo album, 24/7, in October 1999 which included the hit single "24/7". Keith went on to manage white rapper Sarai and is working today on a solo gospel album.

Email ThisBlogThis!Share to TwitterShare to FacebookShare to Pinterest
Labels: After 7