In the news this week... Chi-Lites  singers Marshall Thompson reportedly suffered a stroke while attending the SoulTrain cruise. Thankfully, he is now stable and in the hospital.  We're sending out our prayers for a full and speedy recovery for our good friend Marshall.

Chi-Lites founding member and leader. Sadly, group member Frank Reed, who, along with Anthony Watson, took over lead vocal duties after the retirement of Eugene Record, has died. Reed was a talented singer who joined the group at a difficult time and served admirably through years on the road. He will be missed. (soultracks) 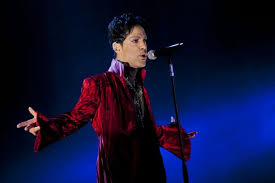 Live in Manchester Prince enforced a camera ban at his shows — this way fans can actually enjoy the songs instead of recording them — no one has really been able to see what goes down during one of his recent live performances. However, the lauded singer himself decided to share the action with his loyal supporters and released footage of his ‘Let’s Go Crazy’ performance with 3rdEyeGirl.

Taking place in Manchester, England, on Saturday night (Feb. 22), Prince looks like rock royalty while singing his 1984 hit. The crooner slowed the tempo and added some rock and roll flair to the track as he took center stage. And check out his attention to detail. His ’70s-inspired look is complete with round shades, bell-bottoms and an afro. Shredding on his guitar, the Purple One seems to channel his inner Jimi Hendrix during the set. He’s easily making American fans excited about his upcoming U.S. tour, which kicks off in June. According to the Guardian, Prince performed new tracks from 3rdyEyGirl’s album, ‘PLECTRUMELECTRUM,’ as well as a few classics during the show in England. (boombox) 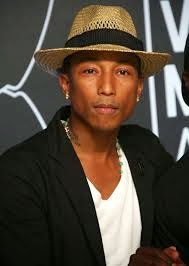 Pharrell has the number one song in the USA. Topping the Billboard Hot 100 Thursday, Pharrell's number one comes in the form of "Happy," a runaway hit featured on the Despicable Me 2 soundtrack and his soon to be released album, "G I R L." Rising 2-1, unseating Katy Perry's hit single "Dark Horse," "Happy" is Pharrell's first Hot 100 chart-topper as a lead artist. "Happy" joins "Drop It Like It's Hot" (Snoop Dogg), "Money Maker" (Ludacris), and "Blurred Lines" (Robin Thicke), all of which topped the chart with Pharrell as a featured artist. "Happy" tops the Hot 100 fueled largely by a 22% gain to 402,000 downloads sold, according to Nielsen SoundScan, and leads Digital Songs for a second week. The sum marks the biggest sales week for a song outside the Christmas season since the week ending Sept. 15, 2013, when Miley Cyrus' "Wrecking Ball" crashed No. 1 with 477,000 sold (after the song's buzz-worthy video had debuted on Sept. 9)," reports Billboard. "Happy" additionally pushes 4-2 on Radio Songs with a 28% surge to 139 million all-format audience impressions, according to Nielsen BDS, and hikes 7-4 on Streaming Songs with 6.1 million U.S. streams (up 38%), according to BDS." (singersroom)
Posted by Mickey Nold at 07:49