This week brought us.....'Beyone Branded 'A Fake'' for miming. Read the headline this week She is renowned for having one of the best voices in the business, but according to reports, pop singer Beyonce mimed the US national anthem at President Obama’s recent inauguration.Fans around the world praised the 31-year-old for her pitch-perfect performance, however, recent images on her Tumblr page have caused many to criticise the singer, with some branding her a “fake.”

Beyonce posted several pictures of what appears to be her rehearsing the anthem in a studio accompanied by the Marine Corps Band – even though they did not play at the ceremony. Twitter users were shocked at the revelation she mimed, calling her “Queen Fraud” and comparing it to when “I found out Santa Claus wasn’t real … how can do you do this humanity?” While Beyonce is still yet to confirm the reports, soul singing legend Aretha Franklin said she never even considered lip-synching when she performed at Obama’s first inauguration ceremony in 2009.“I wanted to give people the real thing and pre-recording never crossed my mind,” she told ABC News.“When I heard that [she mimed] I just really cracked up. I thought it was really funny, but she did a beautiful job with the pre-record.” However, not everyone was as quick to criticise Beyonce – Jennifer Lopez defended the singer, saying that some situations call for miming.“In certain venues they do pre-record things because you’re gonna have that terrible slapback,” she said on the Jimmy Kimmel Live show recently. 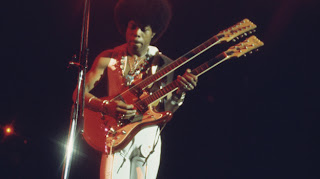 Leroy "Sugarfoot" Bonner, leader of the funk band the Ohio Players, has died at the age of 69. No cause of death has yet been reported. The Ohio Players had seven Top 40 hits in the 1970s, including "Love Rollercoaster," "Fire" and "Skin Tight," and helped define a movement that included Parliament Funkadelic and Kool & the Gang. The band's success stemmed partly from Bonner's playfully commanding lead vocals and gusto. The oldest of 14 children, Bonner ran away from home as a young teenager and played the harmonica on street corners for change. A few years before he died, he took to his Twitter the night that a documentary about his band was broadcast on television. "I am happy doing what I love," he wrote. "This IS pure heaven. The fans out there are like family to me. Every night is like a homecoming." 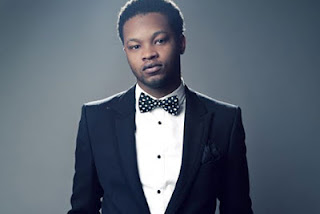 BJ & The Chicago Kid A giant question mark has loomed over the R&B lately- is the form changing? Not in the eyes of BJ the Chicago Kid. As the latest balladeer to burst out of the windy city's blossoming music scene, it's all about the motivation. "The soul man, where I sing from," he says while posted up in an office at Island Def Jam. "That will never change, the place where I come from when I sing, that will never change." Last year was life-changing for BJ. He released his mixtape Pineapple Now-Laters in February and by August he'd inked a recording contract with Universal/Motown. He dismisses the term alt-R&B, and says his influences range from Jodeci to indie rockers Kings of Leon. "I'm such a fan of different types of music and how they pour their heart into it," he says. "Their recipe of coming up with this finished product. It's all about the individual and what inspires them, what gives them their individuality and how they show that. I think that's what begins to create the branches of the tree." As for BJ's branch, it stems from a much more traditional blues and jazz background. Still, Pineapple Now-Laters includes cuts with rising Compton rapper Kendrick Lamar, and he's got a noticeable hip-hop swag. "We did like three or four records for good kid, m.A.A.d city," BJ explains. "Those records I have will come out after good kid... and everyone loves his record! I don't look [at the songs not making it onto his album as a] negative at all. I got called there to work. Kendrick, if he called me today, I'd be there today. That's how we work." 2013 has a lot in store for the young singer as he works on his major label debut and adjusts to life as a full-time artist. Which is, well, an adjustment. "I put out projects and released music without a label before," he says. "That was work. It's still work here now. It just continues; the grind increases. The hours increase. Less sleep, of course. [But I have to ] put the proper time where it's needed." Download his latest mixtape Pineapple Now-Laters here  (theboombox.com). Onto this weeks radio show - enjoy......

Hour Two
'Three Inna Row': Charlie Wilson
1 Show You 2 Our Anniversary 3 I Still Have You

(my pcast is in mono this week - sorry) 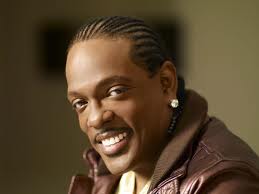 Charles Kent "Charlie" Wilson (born January 29, 1953) is an American R&B singer-songwriter-producer and the former lead vocalist for the Gap Band. As a solo artist he has been nominated for six Grammy awards, received a 2009 Soul Train Icon Award, and was a recipient of a BMI Icon Award in 2005. In 2009, he was named Billboard magazine's #1 Adult R&B Artist, and his song "There Goes My Baby" was named the #1 Urban Adult Song for 2009 in Billboard Magazine.

Wilson is the national spokesperson for the Prostate Cancer Foundation. As of July 2009, the PCF has raised over $380 million for research and funded more than 1,500 research projects at nearly 200 institutions worldwide. The PCF has set up a Creativity Award in Charlie's name which donates hundreds of thousands of dollars a year to researchers across the country. The Creativity Award allows for the development of creative science that conforms to PCF funding principles but is short-term and designed to allow development of otherwise unfunded ideas.
Posted by Mickey Nold at 10:24