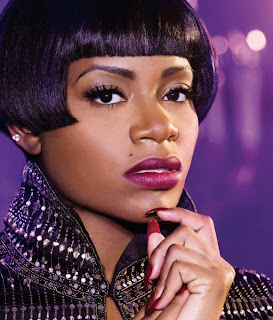 In the News... NEW YORK (AP) - Fantasia is feeling the love - and says she hasn't felt this good since winning "American Idol" in 2004. The singer's fourth album, "Side Effects of You," debuted at No. 1 and No. 2 on Billboard's R&B/Hip-Hop and Top 200 albums charts last week. She said the response is both welcome and complicated, especially after her last few tumultuous years. "It feels really good," she said softly. "You have to be very careful because there was a time when I went from being up here and everybody loved you and then when (that) ole thing happened, it was like, 'OK, everybody ...' - so it's almost, like, tricky."

Fantasia could be addressing a number of things that have bruised her image. In 2010, police believed they were responding to an attempted suicide after Fantasia overdosed on aspirin and other pills at her home in Charlotte, N.C., but her manager says she wasn't trying to kill herself. She gave birth to her son, Dallas, in 2011 and was trashed on blogs by people who said she had been in a relationship with a married man. She's battled bad publicity and also endured financial and emotional woes. But the singer has had her share of positive experiences, too, since becoming an "Idol" champ. She won her first Grammy Award in 2011, has released platinum and gold albums, and starred on Broadway in Oprah Winfrey's "The Color Purple."

The big-voiced singer says she's put the drama behind her and released both her pain and happiness on her new album.(the boombox)

A new Sheree Brown album and book, Message From The Heart is about to come out in a few weeks and some of the songs are highly recommended. More about the book in the trailer shown above. 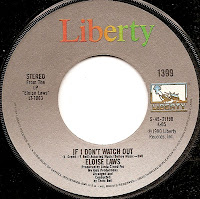 Hour Two
'Three-Inna-Row' : Gwen McCrae
1 I Can Only Think Of You 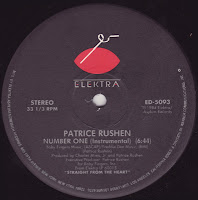 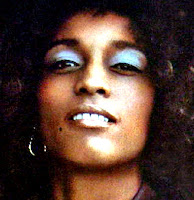 Born 21 December 1943, Pensacola, Florida, USA. The wife of George McCrae, Gwen made her mark in the mid-70s with a delightful series of southern-style soul numbers produced by Steve Alaimo and Clarence Reid for Henry Stone's Miami-based TK operation. She first found success with a remarkable remake of the old Bobby Bland gospel blues, "Lead Me On" (R&B number 32, 1970). The record was recorded for TK Records, but leased to Columbia Records. The following year, now on TK's subsidiary label Cat, she followed with an equally remarkable remake of the Ed Townsend oldie, "For Your Love" (R&B number 17). McCrae had her only pop hit with "Rockin' Chair" in 1975, when the number 1 R&B hit crossed over to reach the US Top 10. "Love Insurance" (R&B number 16) was a respectable follow-up in 1975.

TK collapsed in 1980, and McCrae moved to New Jersey, and while there signed with Atlantic Records, after which she entered the charts with "Funky Sensation" (number 22 R&B) in 1981. McCrae's last US chart record was in 1984, but in the UK she had a hit with "All This Love That I'm Giving' (number 63, 1988), an old single taken from 1979"s Melody Of Life. Her status on the UK's northern soul scene led to a new recording contract with the Homegrown label, who released McCrae's Girlfriend's Boyfriend in 1996. Further recordings followed for the revived Goldwax Records label in the USA, and in 2004 McCrae released her first gospel album. (music.us)