In this weeks news...Fats Domino's restored white piano is to become a museum piece in his native New Orleans, Louisiana after Sir Paul McCartney helped fund the instrument's restoration. The Steinway grand was salvaged from the star's flooded home after 2005's Hurricane Katrina and it has been meticulously returned to its former glory thanks to donations from music producer Allan Slaight, McCartney and the Rock and Roll Hall of Fame.

Domino's piano will go on show next year (2014) as part of a major Louisiana State Museum music exhibition. It's not the only historical Steinway McCartney has helped to restore in recent years - he also helped pay for the makeover of the Motown museum's piano, which recently went on show in Detroit, Michigan.(contact music)

Had James brown lived he would have been 80 years of age on Friday. His tiny monument in Augusta GA is,  after 8 years now rusting and in a poorly maintained condition, just as the observer say's: "He wouldn't have appeared on stage this way." But we can still remember him for all his great work  -  that cannot be taken from his memory.

If you are a parent or a carer of a disabled child you are invited to attend the first Birmingham “Include ME TOO” BME Family Support Network Event that will be taking place on: 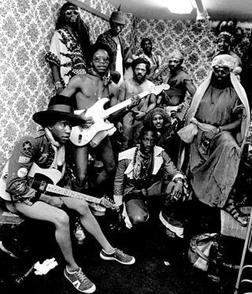 News has just reached us that the bassist for the groups Funkadelic and Parliament, Cordell Mosson, has died. He was 60. With Gary Shider, Cordell left New Jersey and traveled to Canada as a teenager. The pair joined a group called United Soul, who led to an introduction to George Clinton, for the duo. George produced some of the sides recorded by the group, which were later renamed U.S. Music with Funkadelic.
Gary and Cordell were then invited by George to join his ensembles called Parliament and Funkadelic.
From 1972 onwards, Cordell became an integral part of the groups, remaining with Funkadelic until the group disbanded. Cordell's name as spelled on his birth certificate is Cardell Mosson. This led to some confusion regarding album credits on the group's sleeves. Cordell is a member of the Rock and Roll Hall of Fame, inducted in 1997 with fifteen other members of the groups Parliament and Funkadelic. (bootsy/soulwalking)

Don't forget to click my 'like/friends' buttons, finally have a nice May Bank Holiday, see you all next Sunday... 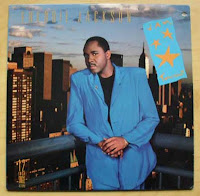 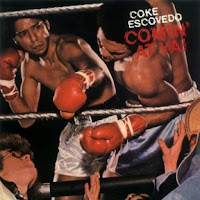 Born 15 July 1944, Thompson, Georgia, USA. A former model, Millie Jackson's controversial singing career began professionally in 1964 at a club in Hoboken, New Jersey, USA. Her first recordings followed in 1970; over the next three years she made several excellent, if traditional, soul singles, which included two US R&B Top 10 entries, with "Ask Me What You Want" and "My Man, A Sweet Man". "Hurts So Good", a song from a pseudo-feminist "blaxploitation" movie, Cleopatra Jones, was Jackson's biggest hit to date, reaching US number 24, but her subsequent direction was more fully shaped in 1974 with the release of Caught Up. With backing from the Muscle Shoals rhythm section, the tracks included a fiery interpretation of "(If Loving You Is Wrong) I Don't Want To Be Right'. The accompaniment intensified the sexual element in her work as Millie embraced either the pose of adulteress or of wronged wife. A further collection, Still Caught Up, continued the saga, but Jackson's style later verged on self-parody as she progressed down an increasingly blind alley. The raps became longer and more explicit, and two later albums, Feelin" Bitchy and Live & Uncensored, required warning stickers for public broadcast.

Despite excursions into C&W and a collaboration with Isaac Hayes, Jackson seemed unable to abandon her "bad mouth" role, exemplified in 80s titles such as "Sexercise Pts 1 & 2" and "Slow Tongue (Working Your Way Down)". Despite her strong cult following, the only occasion on which Jackson made any significant impact on the US or UK pop singles market was in 1985 when duetting with Elton John on "Act Of War", which reached the UK Top 40. She continued to enjoy a string of US R&B hits, including "Hot! Wild! Unrestricted! Crazy Love" and "Love Is A Dangerous Game', but a creative nadir was reached with 1989"s Back To The S**t!, which featured Jackson sitting on a toilet on the front cover. In the early 90s, Jackson wrote the play Young Man, Older Woman, which with a run of four years proved more successful than her concurrent music releases. By the end of the decade Jackson had begun to establish herself as a leading radio host, with this work taking precedence over her recording career.

Millie Jackson possesses one of soul's outstanding voices, yet sadly chooses to limit its obvious potential in favour of her trademark lewd rapping. Nearly all of Jackson's Spring albums saw CD release in the 90s on the UK Ace's Southbound label.