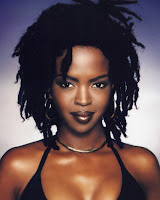 In the news this week.... Lauryn Hill has managed to avoid jail time by signing a last minute deal with Sony. In order to pay the $504,000 in back taxes which she owes, Sony will receive five songs from Hill, and will also provide recording funds for a new album, which the label will release. (AP)
Mention Omar is known as "The Godfather of UK Soul" for his unique mix of R&B, jazz, funk and Latin music. Artists from Erykah Badu to Stevie Wonder have worked with him and his work has been influential, especially to the growth of the neo-soul movement. Yet he has never truly broken through in the United States, despite the massive success of his seminal hit “There’s Nothing Like This” in the UK. He has only released a handful albums in his more than 20 years of recording—which means that the release of any new Omar album is truly an event. On June 18, 2013, Shanachie Entertainment will release Omar’s first new album in seven years, a work titled most aptly THE MAN, featuring Caron Wheeler of Soul II Soul, Stuart Zender of Jamiroquai and Pino Palladino.

We have a sneak peek at the album with the title track, another great piece of funky, jazzy soul from the master. Check out "The Man" below and tell us what you think! (soultracks)
The Houston, Texas R&B man T.J. Boyce is gearing up to release his debut EP entitled “The Life,” and he's letting out some snippets here and there to a welcoming audience around the world. While TJ is finalizing the EP, he's released to SoulTracks another sneak peek at The Life. It's a smooth, slinky slow jam called "Heaven" that has an old school vibe we think you'll like. Check it out and tell us what you think of T.J. Boyce! His site (soutracks)

On a final note, last week we sadly lost singer/actor  Richie Havens. He was one of those rare guys that soul fans, folk & rock music lovers all liked, he'll be sadly missed. This is his version of a rock song re-aimed at 'The Man', or the System.
This weeks playlist, Sunday 28th April 2013 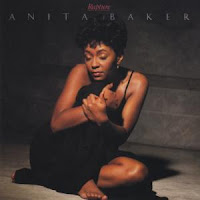 Hour Two
Al Green 'Three-Inna-Row':
1 How Can You Mend A Broken Heart? 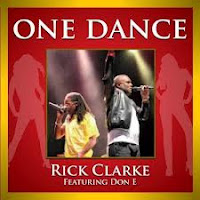 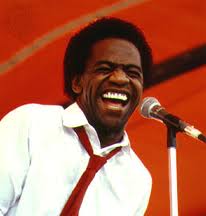 Born Al Greene, 13 April 1946, Forrest City, Arkansas, USA. Having served his musical apprenticeship in the Greene Brothers, a fraternal gospel quartet, this urbane singer made his first recordings in 1960. Four years later he helped form the Creations with Curtis Rogers and Palmer Jones. These two companions subsequently wrote and produced "Back Up Train", a simple, effective ballad and a 1967 R&B hit for his new group, Al Greene And The Soul Mates. Similar releases fared less well, prompting Green's decision to work solo. In 1969, Green shared a bill with bandleader Willie Mitchell, who took the singer to Hi Records. The combination of a crack house band, Mitchell's tight production and Green's silky, sensuous voice, resulted in some of soul's definitive moments. The combination took a little time to gel, but with the release of "I Can't Get Next To You" (1970), they were clearly on course. Previously a hit for the Temptations, this slower, blues-like interpretation established an early pattern. However, the success of "Tired Of Being Alone" (1971), a Green original, introduced a smoother perspective. A US number 11 and a UK number 4, it was followed by "Let's Stay Together" (1971), "I'm Still In Love With You" (1972), "Call Me (Come Back Home)", "Here I Am (Come And Take Me)" (both 1973), each of which increased Green's stature as a major artist. (edited/music.us)