His husky, mahogany instrument was the inspiration for Teddy Pendergrass and countless other male singers who emulated his grit, power and conviction, the very personification of a masculine voiced soul singer. When baritone Marvin Junior sang, you believed every word. As one of two long-time lead singers for the Dells (we lost the falsetto lead Johnny Carter in 2009), Marvin helped define for a generation what a male soul singer was expected to be, soulful, declarative, unwaveringly sure in his desires and love, the kind women wanted and men respected. An inductee in both The Rock and Roll Hall of Fame and Vocal Group Hall of Fame along with his fellow Dells, Marvin Junior will be greatly missed. (soultracks)

Desiny's Child reunite......Destiny's Child is back! First they reunited at the Superbowl, and now.........well.... not really.... It's not an official Destiny's Child reunion but instead, a new track on Kelly Rowland's upcoming album "Talk A Good Game." Kelly tells Billboard "It's not a Destiny's Child track, it's me featuring Beyoncé and Michelle." This track will be produced by Pharrell Williams and feature a verse from Wiz Khalifa.
Kelly has been quite busy in the studio. She says: "I think I recorded around 70-something songs for this album. I had to narrow it down to 12 -- you know hard that is? Especially when you're in love, like your heart pumps for 35 of them... You just get so passionate and excited about these songs, you lived with them, you birthed them along with the producers... You become so attached." We wish Kelly the best in her upcoming June release and look forward to hearing and reviewing her album.(soulmusicjunkie)

Clarence Burke Jr, the lead singer of US group the Five Stairsteps who were best known for their 1970 hit O-o-h Child, has died aged 64. Friend and manager Joe Marno said the musician died on Sunday in Marietta, Georgia, where he lived. The cause of death was not given. The Five Stairsteps were dubbed the "first family of soul" after scoring a five-year run of chart hits. Their other songs included World of Fantasy and Don't Change Your Love. Formed in Chicago in 1965, the group was made up of Burke, three of his brothers and a sister.Their mother gave them their name after saying they looked like stairsteps when they stood beside each other in order of age. (bbc)

Hour One
The Independents - Baby I've Been Missing You 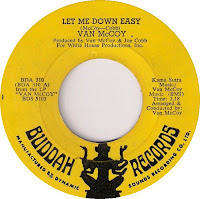 Van McCoy - Let Me Down Easy
Monday Michiru - No Woman No Cry
Le'Jit - No Woman
Positive Flow/Col. Red - Hold On
Betty Wright -I Miss Ya
Bilal - Soul Sista
Wedell B. - When It Makes Sense!
Ryan Leslie - Rescue
Erykah Badu - Back In The Day
Barry White - Sha La La Means I Love You 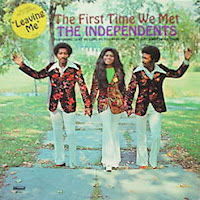 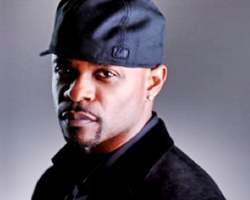 After stints with R&B group 'Future' and a duo called 'Black', Case got work co-writing and singing background for artists including Usher, Christopher Williams and Al B. Sure. Case finally felt close to achieving his dream of becoming a solo artist, and he was. Armed with a song written by Faith Evans, Case was discovered by Russell Simmons who signed him to Def Jam Records. “Everything changed with this deal,” says Case, “I was in heaven, on cloud nine.”

Case’s solo career took off in 1996 with the release of "Touch Me, Tease Me" (with rapper Foxy Brown and R&B singer Mary J. Blige) from The Nutty Professor soundtrack, going gold and reaching #4 on the R&B charts and #14 on the Hot 100. His self-titled debut Case soon followed along with the minor R&B hit singles "More to Love" and "I Gotcha."

In 2001, as the first artist on the new Def Soul imprint, Case released his third album Open Letter and topped the charts with the Tim & Bob produced hit song "Missing You." Open Letter, Case's most well-known album went gold. "Missing You" is Case's only #1 single to date as it topped the R&B charts and reached #4 on the Billboard Hot 100. Later that year, Case also appeared on rapper Ja Rule's hit "Livin' It Up," as well as releasing one more single from his album, "Not Your Friend."

After the success of Open Letter, Case moved to Atlanta to be closer to his children and later suffered a critical accident. On February 5, 2002, Case was moving his cousin's registered handgun, when it accidentally discharged striking him in the throat nearly missing his spine by a half inch. Case suffered no vocal damage. He remembers looking at his throat in a mirror and trying to sing. The bullet, that went in through his throat, came out the back of his neck and was miraculously less than a centimeter away from paralyzing and killing him. To the shock of everyone around, Case was out of the hospital in four hours with just bandages around his neck.

Case's success has been partly due to his appearance on movie soundtracks. Many of Case's most popular tracks appear on the soundtracks for Nutty Professor, Rush Hour, Nutty Professor II: The Klumps and The Best Man. These singles were "Touch Me Tease Me" (Nutty Professor), "Faded Pictures" (Rush Hour), "Best Man I Can Be" (The Best Man) and "Missing You" (Nutty Professor II). Case's single, "Shoulda Known Betta" (featuring Ghostface), reached #87 on the R&B charts in 2004. The single appeared on the Johnson Family Vacation soundtrack, and was produced by The Neptunes.

After a few years away from the music industry, Case reappeared in 2008 on the track "Face to Face" (a duet with singer Coko) which was included the soundtrack of Tyler Perry's Meet the Browns (film). His fourth studio album, The Rose Experience which had undergone various title changes and a label shift (from Def Jam to his own indie imprint, Indigo Blue) was released on March 24, 2009. It was preceded by a single, "Lovely" which reached #72 on the R&B chart.

Here, My Love, his fifth studio album was released on June 15, 2010, through Real Talk Entertainment. (wiki)
Posted by Mickey Nold at 07:27

Email ThisBlogThis!Share to TwitterShare to FacebookShare to Pinterest
Labels: Case