In the music news...Toni Braxton  records again. During the season finale of her WE tv show “Braxton Family Values,” the 45-year-old singer revealed that she is working on a duets album with her longtime friend and collaborator Babyface. “I think I’ve made the right decision to get back involved with songwriting and working with Kenny,” she said during the episode. “I can’t be afraid anymore. I have to live life. It’s OK to fail as long as you try, so I’m gonna try.” The album is due on Motown in September, according to Toni. “September 2013 @KennyEdmonds @Motown,” she tweeted. The two have already shot promo photos for the project. “The whole perspective is guy and girl, Mars vs. Venus. Even if you’re in love, you’re in love for different reasons,” explained Babyface. Braxton added, “I think because Babyface and I have both gone through divorces, we can relate and we can collaborate together on this topic and make it so others who have gone through this situation can relate.” Babyface executive produced Braxton’s first three albums on LaFace including Toni Braxton, Secrets, and The Heat. (thisisr&b) 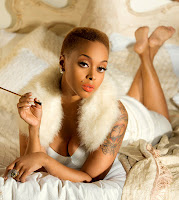 Chrisette Michele puts her heart on the line after struggling with a breakup on “Love Won’t Leave Me Out.” The cinematic track, produced by Carvin & Ivan, is off her new album Better, which hits stores next week on June 11. The soulful songstress encourages continuing the quest for love, even after having your heart broken, and feeling like you’ll never find the right one. The fourth studio album from Chrisette is preceded by the singles “A Couple of Forevers” and “Let Me Win,” and boasts features from Wale, 2 Chainz, Bilal and more. She will be holding a special concert cruise in NYC for the album release. (thisisr&b)

Singer Sharon Jones has to put a halt on artistic endeavours for the moment as she has been diagnosed with cancer. The frontwoman of the Dap-Kings revealed the news on the group's website. As a result of her stage 1 bile duct cancer diagnosis, she must delay working on "Give the People What They Want," her sixth album with the group, which was scheduled for an Aug. 6 release. "Over the last few weeks I haven't felt good and I didn't know what was going on," Jones wrote in her message to fans. "We sadly had to cancel shows while I went through a series of tests and short hospital stays. We just found out that I have a stage-one tumor on my bile duct." Jones seemed optimistic, sharing news that she will fully recover from the cancer. "Luckily we caught it really early and fast and the doctors say it's operable and curable!" she disclosed. "I will be having surgery very soon and will have to rest and recover. I'll be staying in touch and keeping my fans and friends updated on my progress. I'm looking forward to getting back on the road to give the people what they want!"  She will also postpone touring plans until her medical condition improves. Mr. Merry has a UK exclusive first play for you with a new version of the song: 'By The Time I Get To Phoenix'. You may remember the Soul classic by Issac Hayes (some 44 yeas-ago!),  well this new one has been recorded by the same team at Tera Shirma Studio's that mixed Hayes classic 18 minute one. Raph Terrena sent Mickey the track to review and with help from Mike Willcocks he's made a Blog. Today the song is performed by Teddie Morrow and has a nice driving funky guitar and a smooth Stepper feel to it, give it a listen I think you'll like it. More about it at: www.mickeynold.blogspot.com
This Sunday's playlist 9th. June 2013 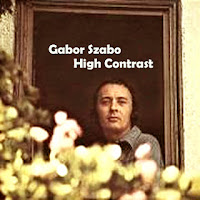 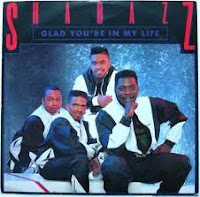 Sherick - Just Call
Glen Goldsmith - Dreamin'
Shabazz - Glad Your In My Life
People, People - Are You Spoken For
Quincy Jones - I'll Be Good To You
Jodeci - Get On Up
Phylis Hyman - You Know How To Love Me
Biography for Ledisi: 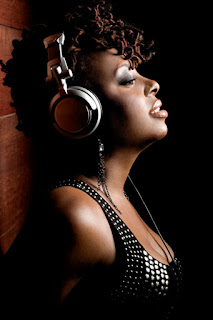 Ledisi Anibade Young (born March 28, 1972) is an eight-time Grammy-nominated American singer–songwriter and actress. Her first name means "to bring forth" or "to come here" in Yoruba. Ledisi is known for her jazz influenced vocals. In 1995, Ledisi formed the group known as Anibade. After unsuccessfully trying to get the group signed to a major label, she formed LeSun Records with Sundra Manning. Along with her group Anibade, Ledisi released an album titled Take Time. The album gained major airplay from local radio stations.

In 2000, Ledisi released her first album, titled Soulsinger: The Revival. Ledisi and her group toured in 2001, performing various shows. In 2002, Ledisi released her second album, Feeling Orange but Sometimes Blue. The album won her an award for "Outstanding Jazz Album" at the California Music Awards.

In 2007, Ledisi signed a major record deal with Verve Forecast and released her third album in August of that year, titled Lost & Found, which sold almost 217,000 copies and earned her two Grammy nominations, including one for Best New Artist. In 2008, Ledisi released her Christmas album, It's Christmas.

In 2009, Ledisi released her fourth album Turn Me Loose, which earned her 2 Grammy nominations. (wiki)
Posted by Mickey Nold at 07:57

Email ThisBlogThis!Share to TwitterShare to FacebookShare to Pinterest
Labels: Ledisi