In the music news this week...R&B veterans John Legend and Jaheim are set for solid debuts on the coveted R&B album charts next week. Early sales projections show both of their albums will arrive within the top 10, with John Legend leading the way. According to trusted industry sources, Legend's album, "Love in the Future," is likely to debut with 50-55,000 copies sold. Led by the singles "Made To Love" and "All of Me," "Love in the Future" is Legend's fifth studio album and first to be released since "Wake Up" (2010). Following John Legend, Jaheim is poised for a solid bow with "Appreciation Day," which is his sixth studio album. Led by the single "Age Ain't A Factor," Jaheim's "Appreciation Day" is projected to arrive on the charts with 40 - 45,000 copies sold. Official chart figures will be released next week. (singersroom) 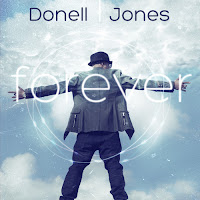 Donell Jones is also back with new album and creating a sense of longevity within the industry is a task that most artists usually fail at doing. With so many chances of being a one-hit-wonder or trying to keep up with the times going wrong, it’s easy to see how an artist – especially in the R&B genre – can fall off and never be mentioned again. Flashback to one of your favorite tracks from the ’90s – can you say that the artist is still relevant today? Luckily for us, we can. In 1996, R&B lovers everywhere were forced to ask “Who is this guy?” when R&B singer Donell Jones did more than justice to Stevie Wonder’s “Knocks Me Off My Feet.” Arguably one of the best remakes we would hear, it wasn’t until 1999 that the world really felt the wrath of Donell Jones when he dropped one of the more legendary albums of our generation, ‘Where I Wanna Be.’ The album, which went platinum, featured 13 tracks of pure heaven to your ears. Now, over a decade and 4 albums later, the veteran R&B crooner has released his latest LP and along with it, dropped his record label too. The album, Forever, hosts the sound that we’ve been missing from the impressive vocalist and proves that he has made his mark on ears forever. ThisIsRnB.com recently got the chance to chop it up with the singer to get the details on the new album, being an independent artist and much more. Visit site for interview (thisisr&b.com)
Sadly this week we lost vintage DJ David  Jacobs, CBE aged 87, he was a British broadcaster who gained prominence as presenter of the 1960s peak-time BBC Television show Juke Box Jury and Chairman of the BBC Radio 4 political forum, Any Questions? He broadcast, mostly for the BBC, as an announcer and presenter for over sixty-five years, only stepping down shortly before his death. Though not really an actor, his earlier radio work had included some acting of small parts and he also sometimes played himself or presenter characters in films, television and radio. He had joined with the BBC since 1944 when he did a Forces radio show.

Hour One
Dionne Warwick - Move Me No Mountain 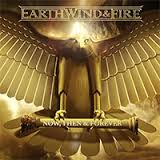 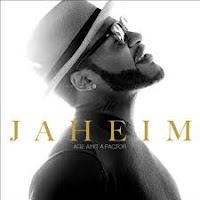 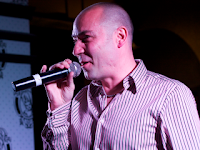 Born London, England. Thomas was one of the most popular UK soul dance vocalists of the early 1990s. His biggest UK hit came in 1991 with "Thinking About Your Love" (number 4), while his debut album sold more than 600,000 copies in the UK alone. Other hit singles spawned by that debut included "Outstanding", "The Best Of You" and "Tender Love', and also resulted in a Brit Award nomination for Best British Male Vocalist and Best British Newcomer. The warm, relaxed dance grooves of that debut were replicated on a second album that continued Thomas" massive commercial success. Guest musicians this time round included the Young Disciples, Nu Colours and the Reggae Philharmonic Orchestra. This time some of the bonhomie of the original set was more restrained, with a slightly more mature lyrical vision reflecting more real-life experiences.

Please remember to click the 'like' box to help promote all  Mr Merry's artists, plus if you would like us to email you with reminders of a new Blog, click that box too with your email details - Much love!
Posted by Mickey Nold at 08:06