One of last year's most intriguing soul projects was DREW SCHULTZ'S 'Back Ro Class' album. Schultz – long-time drummer with the 4 Tops road band – put the album together with some of the remaining members of the Motown Funk Brothers session team and the music was a joyous celebration of classic uptown soul. More importantly a portion of the royalties went to worthy music projects in Detroit schools. On September 1st Drew will be following up the album by releasing a brand new single – 'Take It Slow' which features legendary guitarist EDDIE WILLIS – a key member of the Funk Brothers who's played on hits by Marvin Gaye, The Miracles, The Temptations, 4 Tops, Mary Wells and just about any other Motown artist you can name. The song's been specially written by Drew and features DELBERT NELSON on lead vocals. Nelson is a permanent member of the Funk Brothers touring team and the song is a great slice of old school soul. Once again half of all the profits from the single will go to music initiatives in Detroit's public schools.   (souandjazandfunk.com) 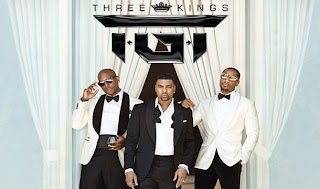 Super R&B group TGT has debuted strong on the Billboard charts with their anticipated album, "Three Kings."  Consisting of Tyrese, Ginuwine and Tank, successful solo acts combined to create a super group, TGT not only did well, but earned the largest sales week for any member since May 2007. "Super R&B trio TGT starts at No. 3 with "Three Kings," moving 76,000," Billboard reported Wednesday, recognizing this week's best selling debuts on the Billboard 200 Albums Chart. In addition to the Billboard 200, the "I Need" and "Sex Never Felt Better" group debuted strong on the R&B Albums Chart and Top R&B/Hip Hop Albums tallies, where "Three Kings" arrived at no.1. "Combined, the three members of TGT have notched nine previous top 10 albums on their own. Ginuwine has claimed four top 10s, while Tyrese and Tank have tallied two and three, respectively," reports Billboard. "Three Kings" is available now. (singersroom.com)
Sundays trackisting 1st September 2013 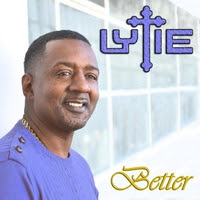 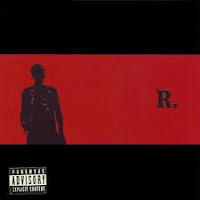 2 Better Than This
3 Anniversary 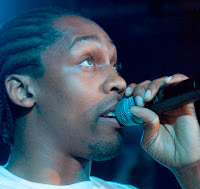 Lemar Obika (born 4 April 1978), professionally known simply as Lemar, is an English R&B singer–songwriter and record producer. Lemar has had a run of chart success in the United Kingdom, Europe and Australia. He rose to fame after finishing in third place on the first series of British talent show Fame Academy, which was won by songwriter David Sneddon.

Since then, Lemar has had seven top ten UK singles and sold over two million albums. He is seen as one of the most successful artists to come out of a reality TV show. Lemar has also won two Brit Awards and three MOBO Awards to date and released his fifth studio album in 2012.
Posted by Mickey Nold at 09:10

Email ThisBlogThis!Share to TwitterShare to FacebookShare to Pinterest
Labels: Lemar