In the news...Camden's Jazz Cafe has some big names upcoming. Amongst those set to play the iconic venue are the UK's finest progressive soul singer, Omar and the ever-lovely Candi Staton. Omar (whose latest album contains a remake of 'There's Nothing Like This') graces the Jazz Cafe on 27th and 28th June while Ms Staton follows him on 29th and 30th June.

Attractions in July include Reel People, The Blind Boys Of Alabama and Beggar and Co. (soulandjazzandfunk.com)

Go to www.mamacolive.com/thejazzcafe/ for more details


Rochelle Riley: Aretha Franklin reflects on dad's role in '63 Detroit Walk to Freedom.The June 1963 Detroit Walk To Freedom almost didn’t happen.That spring, as the Rev. C.L. Franklin worked to convince the city’s traditional community and religious leaders to embrace his idea of a massive demonstration to bring national attention to racial discrimination, most of the preachers — and the NAACP — didn’t want him to plan or lead it.“Many pastors whom he invited to our home to discuss it were not on board,” his daughter, the singer Aretha Franklin, said in an interview this week. “They didn’t think it was such a good idea.” Full story Detroit Free Press http://www.freep.com/article/20130621/COL10/306210017/1001/news

Soul Singer Joss Stone feels safe again. Yesterday said she was feeling fine again after the “odd” plot by two men to rob her of £1million, decapitate her and throw her body in a river. The star was targeted by “cannabis- smoking layabouts” Kevin Liverpool and Junior Bradshaw, who were convicted of the bizarre conspiracy at their trial in April. But Joss, 26, has put the ordeal behind her. She said: “My doggies keep me safe. It was a bit harsh and a little bid odd."It’s something to add to my tapestry of life. ­Something to tell my grandchildren. "I do want to be able to live my life. I love my life.” Liverpool, 35, and Bradshaw, 32, from Manchester, had a Samurai sword, knives, hammers and a large metal spike when they were arrested in Devon near Joss’s home. Full story


Hour One
Dylan Janet Collins - Could It Be (- intro.)
Mike Winans - You Desereve A Break 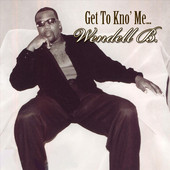 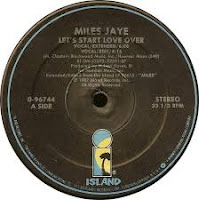 Collage - Get In Touch
L.J. Reynolds - Key The The World
Ashford & Simpson - Love Or Physical
The Sisters Sledge - Easier To Love
Ronnie McNeir - Everybody Is In A Hurry
Teddy Pendergrass - When Somebody Loves You Back
The Four Tops - That's The Way Nature Planned It
The Emotions - The Feeling Is
Miles Jaye - Let's Start Over
Melba Moore Hard Not To Like You 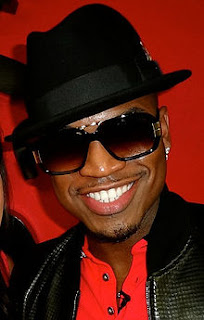 Shaffer Chimere Smith (born October 18, 1979) better known by his stage name Ne-Yo, is a Grammy Award winning American R&B recording artist, record producer, dancer, and actor. Beginning his career as a songwriter, Ne-Yo penned the hit "Let Me Love You" for singer Mario. The single's successful release in the United States prompted an informal meeting between Ne-Yo and Def Jam's label head, and the signing of a recording contract.

In 2006, he released his debut album, In My Own Words, which contained the US number one hit "So Sick", as well as the top 10 hit "Sexy Love". In 2007, he released his second album, Because of You, which contained the US top 3 hit of the same name. In 2008, he released his third album, Year of the Gentleman, which contained the top 10 hits "Closer", "Mad" and "Miss Independent". His fourth studio album, Libra Scale, was released on November 22, 2010. It received critical acclaim from music critics, but was a commercial disappointment, debuting at number nine on the US Billboard 200 chart, selling less than all of his previous three studio albums. In November 2012, Ne-Yo released his fifth studio album R.E.D. to favorable reviews and mild chart success. The album's debut single "Let Me Love You (Until You Learn to Love Yourself)", became his first solo song to reach the top 10. In 2009, Billboard ranked him as the 57th Artist of the 2000s decade. In 2012, Ne-Yo was awarded the Hal David Starlight Award of the Songwriter's Hall of Fame which honors gifted songwriters who are at an apex in their careers and are making a significant impact in the music industry via their original songs. (Wiki)
Posted by Mickey Nold at 07:59

Email ThisBlogThis!Share to TwitterShare to FacebookShare to Pinterest
Labels: Ne-Yo