Yes it's finally time to enjoy the Birmingham sunshine. Make sure that you take your FM radio with you or listen to us on your mobile app. At last some decent temperatures have arrived, 27C on Saturday and Sunday expected to be even hotter and the good stuff should be with us for at least a week, so the forecasters tell us.

Lots of nice places to enjoy the weather here in Brum, and the Botanical Gardens in Edgbaston is once such place! also Selly Manor in Bournville, Key Hill Cemetery in Hockley (my Grandad is buried there, by Joseph Chamberlain!), The Temple Of Relief a tongue-in-cheek name for a large, green cast iron urinal that was erected in the Jewellery Quarter in 1883 and considered a unique example of Victorian street furniture. There is always the old favorites like: Gas Street Basin and Canon Hill Park, all very nice on a hot summers day. 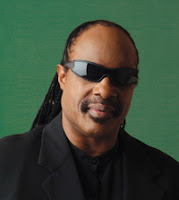 Rolling Stone magazine has reported that Stevie Wonder is working on not one, not two, but three new albums. During a concert at the Hollywood Bowl in Los Angeles, Wonder indicated that he would be returning to the Bowl next year in support of the album When The World Began, on which he is working with producer David Foster (Celine Dion, Natalie Cole) and an orchestra. The album would include new looks at classic Wonder material as well as some new songs. Wonder also indicated that he is also working on a Gospel album that is a tribute to his mother, Lula.  Finally, he has a project tentatively titled Ten Billion Hearts, that appears to be more R&B focused. Wonder gave no indication of the release dates of the albums, other than "soon." (soultracks)

Finally born on this day in 1915 was the Black poet Dr. Margaret Walker. Her poem 'For My People' was an anthem for the Black Community, she died in 1998. She also shares her birthday with Harlem Renaissance poet Helen Johnson who was born today in 1906. The full poem:  For My People

Ooh one more thing, Mr Merry has unearthed an old recording of the late Angel A. (Angela Lewellin) farewell party, she was a much loved DJ on PCRL radio station in the late-80's, it includes tributes from all the famous Birmingham Sound Systems, we'll be bringing it to you soon. 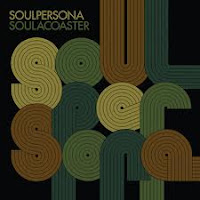 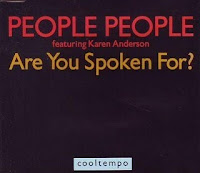 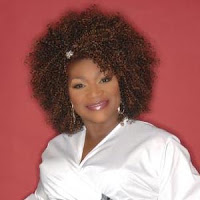 Ann Nesby is an American R&B, gospel, and dance music singer and actress. She is the former lead singer of Sounds of Blackness; a songwriter with credits including hits sung by Patti Labelle and Gladys Knight; plus she co-starred in the 2003 romance musical The Fighting Temptations with Cuba Gooding Jr. and Beyoncé Knowles. Nesby had various appearances on the hit television series American Idol. Nesby has been nominated four times since her departure from the Sounds of Blackness, most recently for her 2007 album This Is Love; plus the lead single "I Apologize" was nominated for a Grammy at the 2008 Grammy Awards.

Nesby joined Sounds of Blackness in the late 1980s. The Sounds of Blackness were awarded two Grammys in 1991 and 1993, and Nesby sang on a number of their tracks including "I Believe," "Optimistic," "I'm Going All The Way," "Soul Holiday," and "The Pressure."

Tyler Perry cast Nesby in a lead role in his 1998-2000 stage production, I Know I've Been Changed. By 2002, Nesby released her second album, Put It on Paper. The lead single of the same title featured Al Green, leading Nesby to her first solo Grammy nomination in 2003, and the album included Nesby's first #1 song "Lovin' Is Really My Game," a cover version of the 1977 hit dance tune by Brainstorm.

She appeared in the 2003 film, The Fighting Temptations. Nesby subsequently garnered three additional Grammy nominations between 2004 and 2008.

Her latest album, The Lula Lee Project debuted at #13 on the US Billboard 's Top Gospel Album Chart and #57 on the R&B chart. Nesby’s latest nominations include - Best R&B Performance By A Duo Or Group with Vocal for her duet with Calvin Richardson, "Love Has Finally Come at Last" and Best Traditional R&B Vocal Performance for "Sow Love". (wiki)