Tina Turner musical has heart & Soul. It's the classic rags to riches tale  encompassing rivers deep and  mountains high, grand passions  and terrible heartache, all set to  some of the most powerful music  of the late 20th century. So perhaps the only surprise is why  the life story of singing superstar Tina  Turner, and her Svengali-like husband  Ike, hasn’t made it on to a stage before  now.  “We talked about it a long time ago,”  admits John Miller, co-writer of Soul  Sister which is heading for Liverpool  next month after a successful run in the  West End. “But we decided that it  wasn’t really appropriate to try and do a  stage show while Tina Turner herself  was still touring or performing.”  And it seemed Tina didn’t want to  give up the spotlight.  But then five years ago she did her  50th anniversary  and last tour, and after  that John and fellow writer Pete Brooks  swung into action to create the show  which charts the 73-year-old star’s life  from its beginnings as Anna Mae  Bullock in Nutbush, Tennessee, to  global Queen of Rock. More: Liverpool Echo.


R&B newcomer, Netta Brielle, has released her introductory mixtape, ‘Will You Go With Me?.’ The mixtape pays homage to the music and artists who played an important role in shaping who Netta has grown to be as an artist, while also giving listeners a taste of what they can expect from her forthcoming debut album. The Bay Area bred singer/songwriter has been hard at work on the LP, which will be released on El Seven/Atlantic Records. Last week, Netta premiered the music video for her buzz single, “More To A Kiss.”  (R&B News) 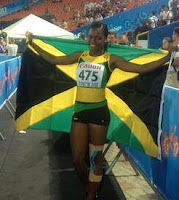 It's a World Youth Record for Yanique Thompson, who produced a magical 12.94 in the girls 100m hurdles to win Jamaica's first gold medal at the IAAF World Youth Championships inside the RSC Olympiyskiy, in a day of mixed results for the Jamaicans: http://jamaica-gleaner.com/latest/article.php?id=46394


Shortly before the start of the Muslim fasting month of Ramadan still live on the 100 currently detained at Guantanamo Bey political prisoners on hunger strike in the United States. About 40 of them are currently being force-fed. After the military instructions for this practice were published on the Internet, was now Yasiin Bey, better known as Mos Def, endure for a sex education film of the human rights organization Reprieve this procedure under the conditions noted there about yourself. The result is a very intense, almost 4-minute video, which probably might seem disturbing for one or the other viewers and to shake his goal over the still predominant in Guantanamo prison conditions, do not miss this clip (Florian Fuchs/Guardian) 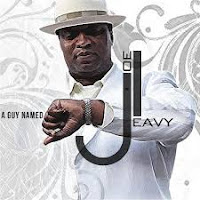 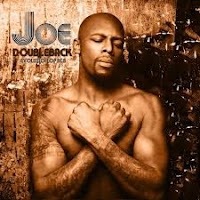 Jill Scott & A Hamilton - So Is Love
Nicola Renee - Strawberry
Kenny Thomas - Turn It Up
Lisa Stansfield - Never, Never..
.. Gonna Give You Up
Brian Culbertson ft K Latimore - Another Love
Siani - Get Up On The Floor
Jean Carn - Don't Let It Go To You Head
Johnny Watson - Don't Wanna Be A Lone-ranger 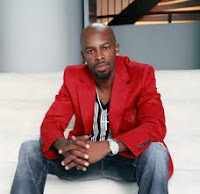 He signed to Polygram/Mercury and in 1993 released his album debut, "Everything." This album produced a minor hit for him and he was subsequently released from his contract. Joe then signed to Jive Records for his 1997 album, "All That I Am." This proved to be his breakthrough album, reaching #13 on the. Billboard 200 album charts and number 4 on the R&B charts. The hit singles from this album included the Top 5 R&B/Top 20 pop hit "All the Things Your Man Won't Do", the Top 5 R&B/Top 40 pop hit "Don't Wanna Be a Player", produced by Rodney Jerkins, and "The Love Scene". "All That I Am" eventually went platinum in the US.

In April 2000, Joe released his third album, "My Name Is Joe," which became his most successful album to date, reaching the top of the R&B album charts and #2 on the Billboard 200, eventually selling more than three million copies. The single "Stutter", was #1 on both the Billboard Hot 100 and R&B/Hip-Hop Tracks charts. The "Better Days" album was released in 2001, reaching #32 on the Billboard 200 and #4 on the R&B chart. It featured two singles, "Lets Stay Home Tonight", which reached #18 on the US R&B chart, and "What If A Woman".

Joe recruited high profile guests for the "And Then ..." album released in late 2003. "And Then ..." reached #26 on the US album charts and #4 on the R&B charts. Joe's sixth album, "Ain't Nothin' Like Me," was produced by Tim & Bob, The Underdogs, Cool & Dre, Bryan-Michael Cox, and Sean Garrett. The album featured guest appearances by Nas, Fabolous, Papoose, Young Buck and Tony Yayo; and was released on April 24, 2007.

Joe released his highly anticipated album "Joe Thomas, New Man", independently on September 23, 2008. The album debuted at number 8 on the billboard charts on the week of 29/9/08. 56,733 copies were sold in the first week. His second independent album, titled "Signature," was released on July 14, 2009 in Japan and the US. The album debuted #7 on the Billboard 200, #2 on the Top R&B/Hip-Hop Albums chart and #1 on the Independent Albums chart. (starpulse)
Posted by Mickey Nold at 07:57

Email ThisBlogThis!Share to TwitterShare to FacebookShare to Pinterest
Labels: Joe