Earlier this week we reported that Stevie Wonder had decided to boycott Florida and other states that have “Stand Your Ground” laws on the books.
Now, Dionne Warwick has joined Stevie. Warwick’s statement of support reads in part:


i am certain most if not all of you have been bombarded with CNN and the news of the Trayvon Martin/George Zimmerman trial and i must say i was stunned at the verdict of NOT GUILTY……..it took a while for this to settle in my brain since Zimmerman admitted killing this youngster………my very dear friend Stevie Wonder has decided to keep his incredible talent from those states that carry the “Stand Your Ground” law here in the United States (30) of them and i am going to join him as i feel as seriously concerned as he does that we have to start caring more about each other and conversing with regard to the values we ALL should share with regards to our lives and the well being of each other………….it’s really a shame that we feel the need to have to carry a weapon to feel safe around each other………….i will miss those states that have supported my career for these past 50 years but i feel absolutely compelled to show solidarity with Stevie showing him he is not alone in feeling the way he does.

-- Janet Langhart Cohen Would Like You to Join Her to Express Your Reflections On Racism To Honor Trayvon Martin and Emmett Till, Two Teenage Boys Who Were Taken Too Soon -- . 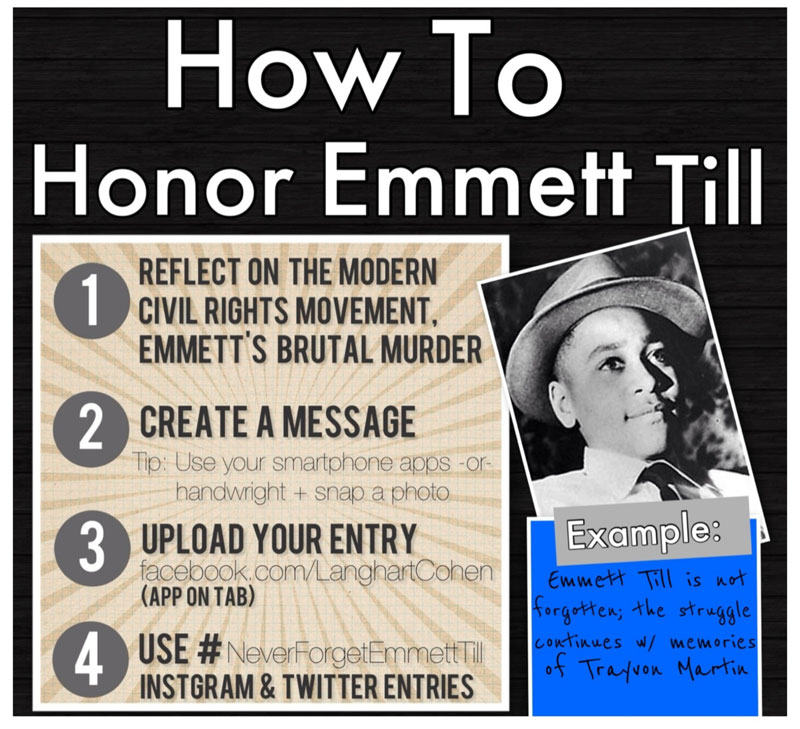 [Click To Enlarge]
Washington, DC (July 17, 2013) -- At no time has the memory of Emmett Till been so relevant, on the heels of the Trayvon Martin murder trial. Emmett Till, a 14 year old Black boy, was brutally murdered in Money, Mississippi in 1955 for whistling at a white woman. His murder galvanized the modern Civil Rights movement. Had he lived, Emmett Till would be 72 on July 25.

Janet Langhart Cohen, playwright of "Anne and Emmett," an imaginary conversation between Anne Frank and Emmett Till, would like people to join her in remembering them both by sharing a message of reflection on their deaths, the state of Civil Rights and how the movement has changed or progressed in the last 50 years. Janet's message is "Emmett Till is not forgotten; the struggle continues with memories of Trayvon Martin." "Little has changed in over half a century," said Cohen, "Sadly, many people cannot see beyond the color of a person's skin and judgment is passed accordingly. All we can hope for is peaceful and galvanizing change using words instead of hands or weapons. I hope that the Martin case is a lesson, not a reason for people to be destructive or take up arms." (blacknews.com) 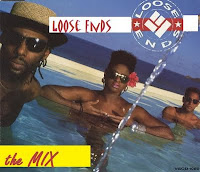 The Chil-Lites - Heavenly Body
Esher Philips - S.O.S
Billy Paul - Bring The Family Back
Dusty Springfiled - Am I The Same Girl
The Jacksons - Heartbreak Hotel
Loose Ends - Gonna Make You Mine
Mc Llyte - It's All Yours
Windjammer - Tossin' & Turning

Floetry was an English R&B duo comprising Marsha Ambrosius ("the Songstress") and Natalie Stewart ("the Floacist"). The group recorded two studio albums, one live album, and sold over 1,500,000 records worldwide. Formed in 1999, Floetry started on the performance poetry stage. In 2002, the duo released their first album entitled, Floetic. The album sold over 864,000 copies in the United States. The album spawned the singles "Floetic", the top ten song "Say Yes", and "Getting Late". Following their success, Floetry released their live album Floacism, featuring the single Wanna B Where U R (Thisizzaluvsong). In 2005, Floetry released their second album Flo'Ology. Two singles were released from this album, "SupaStar" and "Lay Down". Ambrosius left the group in 2007. (wiki)
Posted by Mickey Nold at 07:31

Email ThisBlogThis!Share to TwitterShare to FacebookShare to Pinterest
Labels: Floetry