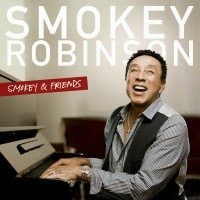 In this weeks news .... Everything about the new Smokey Robinson album, Smokey and Friends, warned me to have low expectations. There have been too many similar albums that have shown the formula -- the pairing of a musical legend with younger singers on duet remakes of that artist's biggest songs -- is more about flash than music. However, I nonetheless had hope because, after all, this is Smokey Robinson. But history rarely lies; it has shown that it is best not to think about an album like Smokey and Friends as a meaningful musical event. It is best to think it in the way you would think about the covers band at your cousin's wedding: you'll know all the words to the songs, everything will hopefully be in tune, and it will all sound better if you're drinking. - See more at: 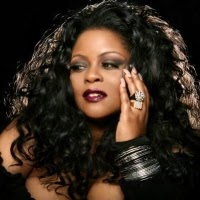 Happy birthday to Maysa Leeke, born today in 1966. Mr Merry is spinning her tune 'Sophisticated Lover' today. Masa  after receiving her degree from Morgan State University, Maysa headed to Southern California to perform with Stevie Wonder’s female backup group Wonderlove, while with Wonder, Maysa was a vocalist on the Jungle Fever soundtrack and performed on numerous television shows including The Arsenio Hall Show, Oprah and The Tonight Show. It was during an over-the-telephone audition in the early 90s, that Maysa become a member of the acclaimed British jazz/funk/R&B band Incognito and in 1992 she relocated to London and recorded Tribes, Vibes & Scribes, featuring the hit single "Don't You Worry 'Bout A Thing." Since then, Maysa has appeared on over seven Incognito recordings.

Not Cool. This is one of those instants where family greed is just over the top! Music legend James Brown cannot rest in peace -- his body has reportedly been moved 14 times due to family disputes. In addition, his body has been dismembered as part of a paternity dispute. Speaking with London’s The Mail on Sunday, Brown’s widow, Tomi Rae calls the situation tragic after one of Brown’s was cut up following a DNA testing ruling by a judge to determine if Brown was the father of Rae’s son, James Jr. “They couldn’t do the normal DNA test because of all the embalming fluid in his body,” Rae said. “So they had to cut off his legs to get to his bone marrow. I wept uncontrollably when I found out. My husband, the greatest dancer in the world, had his legs hacked off in death.” This is horrific! (singersroom)

Next - Looking For Love
Tracy Carter - Everyday
B. Thompson - Jameela
Conscious Plat - Black Pharaohs
Sunny Hawkins - Love Me Too
Eric Benet' - Better & Better
Co_ed - Sumthin' On U
The Dramatics - Key To The World 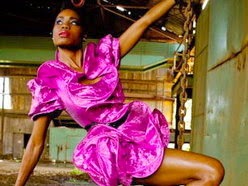 Blessett's mother was a gospel singer and bass player, and she grew up to the sounds of soul music, gospel and R&B. Like many R&B singers, she sang in a gospel choir when she was in school. As an original detail, however, she has added in interviews that this was not so much out of passion, but rather because she was not good at sports, and wanted to stay after school with her friends.
Music career
Blessett started doing background vocals, among others for R&B artists Monica and Bilal. This earned her a contract with Rowdy Records in Atlanta. She has toured with Anthony Hamilton, and collaborated with India.Arie. At a later age she learned to play the guitar, and started to do her own gigs in the Atlanta club scene. She writes her own songs. Blessett released her first single "U Do It For Me" on the Kedar Entertainment label in 2006. She released her first album titled Purpose in 2008.  In 2014, her sophomore effort Recovery was released.
Charts
Blessett's debut album Purpose was on the US Billboard R&B chart for 14 weeks, and reached #56. It also landed #37 on Heatseekers Albums.  The sophomore, Recovery made her first debut on Billboard 200 charting #149. It also entered #2 on Heatseekers Albums and #23 on Top R&B/Hip-Hop Albums. (wikipedia)
Posted by Mickey Nold at 08:28