Thanks to Marcus Bee, who covered my program for me last week! Last month marked the first trailer for a documentary film about the life of the late Amy Winehouse; now a second clip has arrived. On July 3, Amy will premiere in the U.K. and will feature rare footage, never-before-heard recordings, and home movies of the singer throughout her life, much of the film narrated in her own words. “I don’t think I’m gonna be at all famous, I don’t think I could handle it, I would probably go mad,” a recording of the late star reveals in the clip. The film is directed by Asif Kapadia and produced James Gay-Rees. Winehouse died in 2011 from alcohol poisoning at the age of 27. Watch the second trailer below: (singersroom) 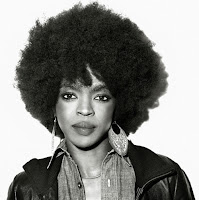 Lauryn Hill just can’t stop winning. The “Doo-Wop” singer will be given the Golden Note Award at ASCAP’s 28th annual Rhythm & Soul Music Awards this year. According to Billboard, the event will take place June 25 in Los Angeles at the Beverly Wilshire Hotel. Hill’s prodigious career will be glorified that night as she will join past recipients Dr. Dre, Stevie Wonder, Alicia Keys and Pharrell in receiving the award. In addition to receiving the award, Hill will also touch the stage and perform a slew of classics. ASCAP President, Paul Williams, gushed about her innumerable accomplishments in a statement. He touched on her “ability to push boundaries and capture the humanity that surrounds us.” He continued paying homage by saying, “Ms. Hill’s talent as a songwriter is undeniable and reflects her singular take on the world we live in.” More at boombox

B.B. King Recalled With Love, Humor at Mississippi Funeral. INDIANOLA, Miss. — May 30, B.B. King's early life personified the blues: He was born to dirt-poor sharecroppers in the cotton country of the Mississippi Delta and left alone by the deaths of his mother and grandmother when he was a child. But he never let those circumstances hold him back or define him, a minister said Saturday at the funeral of the blues legend. More @ ABC News

We also lost a Southern Soul singer, Mel Waiters on the 25th May, he was 59. Video at foot of page - RIP

Teddy Pendergrass - Whole Town Is Laughing at Me 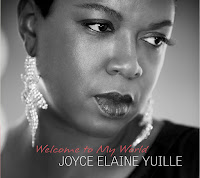 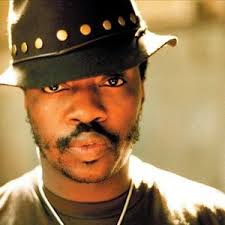 Anthony Cornelius Hamilton (born January 28, 1971, Charlotte, North Carolina.) is an American R&B singer-songwriter, and record producer who rose to fame with his platinum-selling second studio album Comin' from Where I'm From (2003), which featured the title track single "Comin' from Where I'm From" and the follow-up "Charlene". He is also known for the song "Freedom" from the soundtrack album of Django Unchained cowritten and sung as a duo with indie soul singer Elayna Boynton. Hamilton started singing in his church's choir at age ten. He attended South Mecklenburg High School where he sang in their award winning choir under the direction of Mark Setzer. In 1993, he left Charlotte and headed to New York City, where he signed with Andre Harrell's Uptown Records. Hamilton also co-wrote the 1999 hit "U Know What's Up" for singer Donell Jones.[2] In 2000, he joined soul singer D'Angelo's international tour in promotion of the Voodoo album, on which he was a backup singer. More at Wiki